Toronto vegans, vegetarians and carnivores alike are fans of Doug McNish, a chef who has been making waves (and gold star reviews) with his delicious plant-based menus and emblematic “Kale Is The New Beef” t-shirt for years. He also has three cookbooks, the most recently published of which was named “Best Vegan Cookbook in the World, 2015” by the World Gourmand Cookbook Awards. I hope to add it to my bookshelf (and kitchen) soon!

…and while we’re speaking of vegan must-haves, can we talk about his newest venture, Parkdale’s Mythology Diner for a sec? Serving comforting America fare-turned-vegan (think: reubens and striploin steak), this spot is definitely a Toronto bucket list item for plant-eaters and curious foodies. I plan to make the trip soon!

Despite the fact that my boyfriend and I have been eating more vegan meals for eight months, and that I actually got to interview Doug a few years ago for my old job, we hadn’t yet tried any of his dishes! This weekend we made the long overdue trip to his Public Kitchen in North York to pick up some fresh items to stock our fridge from the Grab and Go menu.

Here’s what we grabbed!

I’d heard and read great things about it… and it lived up to all of the hype! This was hands-down the best vegan mac and cheese I’ve ever had; although to be fair, I’ve never enjoyed the dish veganized (until now). The texture is consistent with any regular M&C, and it managed to be gooey and satisfying without sitting too heavily in my stomach. The taste to me is nuttier and quite sweeter than a typical dairy version, but it was delicious. We bought the smaller size and baked in the oven at 300F for about 20 minutes, before finishing it off with a low broil to toast the breadcrumbs.

We ate the mac and cheese as a side dish and polished off the entire container between the two of us (I was full). I think it would be fun to make a macaroni casserole with it, but for your first time, you need to appreciate this deliciousness in its own right! 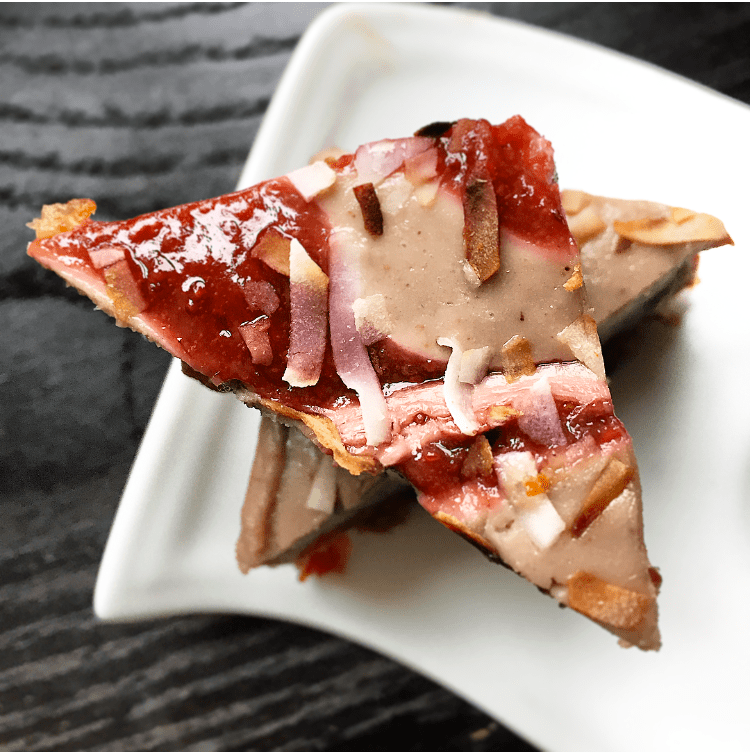 I’m guessing a little bit about this one – it was in the refrigerated section and simply labelled “cheesecake,” so we scooped it up. I’m so glad for my impulsive sweet tooth, which never lets me down – this was amazing.

While I wish the ingredients were available, I would buy this dessert in good faith, ten times over. It was light and similar in texture to a homemade cheesecake. It had a gooey coconut base and a swirly topping of jam and toasted coconut. I’d love to bake something similar at home, and I have high hopes that one of Doug McNish’s cookbooks will have a similar dessert recipe for me. 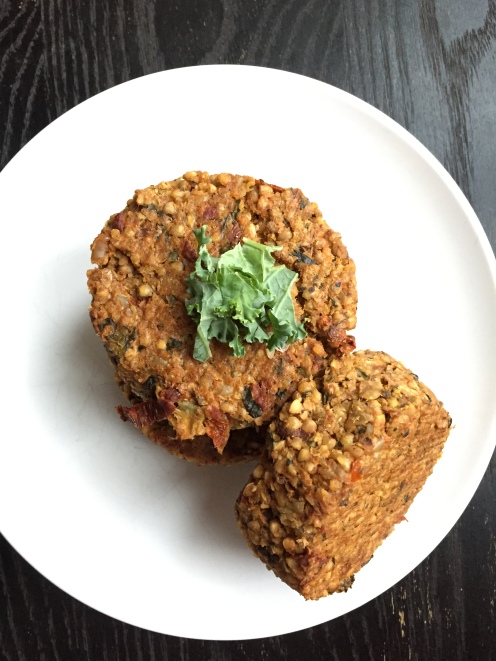 These were HEFTY burgers. Anyone who thinks that a non-meat patty can’t be filling should take a bite out of these! I loved that they were thick, filling, and stayed so beautifully intact for those wanting to serve them on a bun – the veggie burger gold standard. The burgers were mealy and flavourful, especially if you’re a fan of sundried tomatoes; an ingredient that I haven’t encountered in any of my go-to veggie burgers.

I’d recommend serving these with avocado or tomato along with your favourite condiments to add a little moisture. We also experimented with breaking up two of the patties and making a skillet, which I love to do!

Two additional things that I appreciated at Doug’s:

The Grab and Go Menu is quick to pick-up and serve at your leisure, and fun to pair with your home-cooked sides. Check it out here.